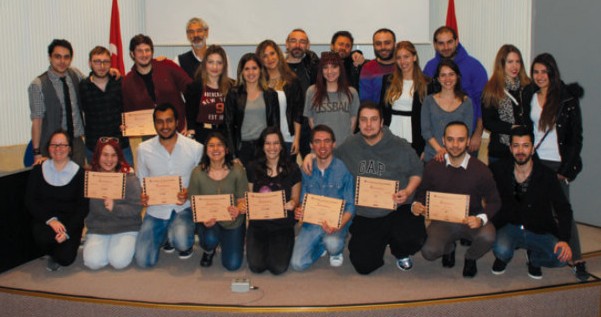 We have been organizing the One-Minute Lunch Film Competition in our department, Communcation and Design (COMD), since 2011 as a part of the Visual Communcation Project (VCP) course in which our senior students realize their graduation projects.

This year’s competition, the fourth in the series, featured eight one minute-long films. The online voting process for the best film took place over ten days at http://oneminute.bilkent.edu.tr/. Nearly 2,200 votes were cast. The awards ceremony took place on Tuesday, April 8 during the noon hour. The films were screened and the winners announced at the Faculty of Art, Design and Architecture.

The winners of the fourth One-Minute Lunch Film Competition are: