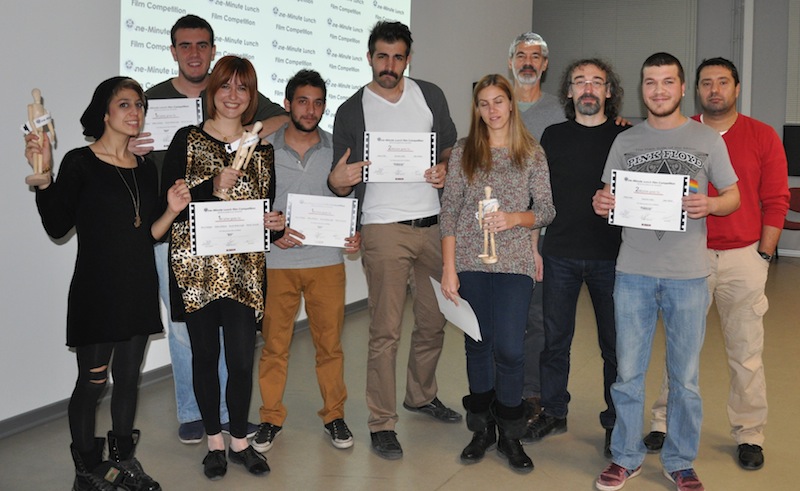 We have been organizing a one minute film competition in our department, Communication and Design, at Bilkent University since 2011 as a part of the Visual Communication Project (VCP) course, in which senior students realize their graduation projects.  This year’s “One Minute Lunch Film Competition”, the third in the series, featured 12 one minute-long films produced by our 4th-year students. The awards ceremony took place on Friday, March 22, during lunch time, appropriate to competition’s title!

The online voting process for the best film happened for approximately ten days, at oneminute.bilkent.edu.tr The site received almost 3,200 votes, doubling last year’s rate of participation. We, the VCP instructors (Yusuf Akçura, Kağan Olguntürk and me) were very happy with the rate of participation and quality of the event.

The winners of the “One Minute Lunch Film Competition” 2013 are:

To watch the other film, please visit oneminute.bilkent.edu.tr